Smartphones are dumb. We’ve been led to believe that ever more capable cameras or better-than-the-eye-can-tell displays make our phones more useful. For the most part, this is marketing nonsense. For the last few years, major smartphone hardware has stagnated – the occasional speed bump here, the odd fingerprint sensor there… But nothing that genuinely makes our phones any smarter. It’s probably fair to say that we’ve reached peak phone hardware.

What I want is a sea-change. Something that give us real value. Something that recognizes that we’re probably done with pushing the hardware towards ever-more incremental improvements and focuses on something else. I think now is the time we get radical with the software. I was watching some old Steve Jobs presentation videos recently (best not to ask ask) and came across the seminal first iPhone launch. At tech presentation school, this Keynote will be shown in Class 101. Apart from the general levels of epicness, the one thing that struck me was how Steve referred to the iPhone’s screen – we’re entirely oblivious to it now, but at that time phones came with hardware keyboards. Rows of little buttons that had fixed locations and most had fixed functions too. If you shipped the phone but thought of an amazing idea six months down the line, you were screwed. Wait for gen 2. In his unveiling, Jobs sells the iPhone as being the most maleable phone ever made. ‘Look!’ (he says), ‘we’ve got all the room on this screen to put whatever buttons you want! Every app can show the buttons that make sense to what you want to do!’. Steve describes a world where we can essentially morph the functionality of a device purely through software. 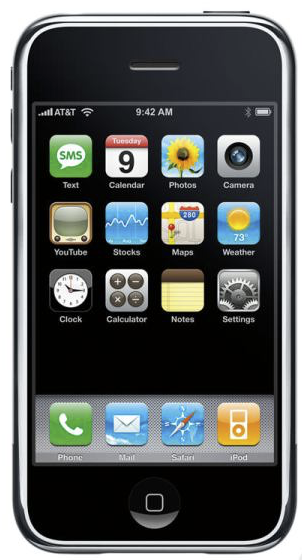 But we’ve not been doing that. Our software platforms have stagnated like our hardware has stagnated. Android has basic usability issues that it’s still struggling with. Only recently have the worse Bloatware offenders stopped totally crippling devices out-the-box (I’m looking at you Samsung). iOS’s icon-based interface hasn’t changed since it came out. Sure, more stuff has been added in, but we’re tinkering with the edges – just like we’ve been doing with the hardware. We need something radically different.

One of the biggest problems I’ve got with current mobile operating systems is they’re so focused around the beautiful little rooms that apps create. Oh, come over here into this little room – isn’t it lovely! Look! We’ve decorated it to look like our brand. The tables and chairs are ever so slightly more curved that the ones outside. Sit down and press these buttons! Behold our content! You can’t get this anywhere else! Hey, where are you going? Don’t leave! Come back… Hi there! It’s great to see you, come right this way. Banking, you say? Sure thing. Grab a seat and this little pen on a string…

With a recent iOS update, you’re now allowed you to take a piece of content from one room and push it through a little tube into the room next door. Super.

Crippled by the paralysis of not pissing off their existing (mostly entirely immovable) customers, Android and iOS has now stagnated too. The interesting thing is that other vendors have made tantalizing movements away from this beautiful-room paradigm into something far more interesting. One of my favorite operating systems of all time – WebOS – was shipped with the first Palm Pre.

There was so much to love about both the hardware and software for this phone. It’s one of the tragedies of modern mobile computing that Palm weren’t able to make more of this platform. At the core, the operating system did one central thing really really well: your services were integrated at a system level. Email, Facebook, Twitter, Flickr, Skype, Contacts – all managed by the system in one place. This meant you could use Facebook photos in an email. Make a phone call using Skype to one of your contacts on Yahoo. You still had to think about what beautiful room you needed to go into to find the tools you needed, but now the rooms were more like department stores – clusters of functionality that essentially lived in the same space.

Microsoft took this idea even further with Windows Phone. The Start screen on a Windows Phone is a thing of beauty – entirely personal to you, surfacing relevant information, aware of both context and utility. Email not as important to you as Snapchat? No worries, just make the email tile smaller and it’ll report just the number of emails you haven’t seen. Live and die by Twitter? Make the tile huge and it’ll surface messages or retweets directly in the tile itself. Ambient. Aware. Useful. 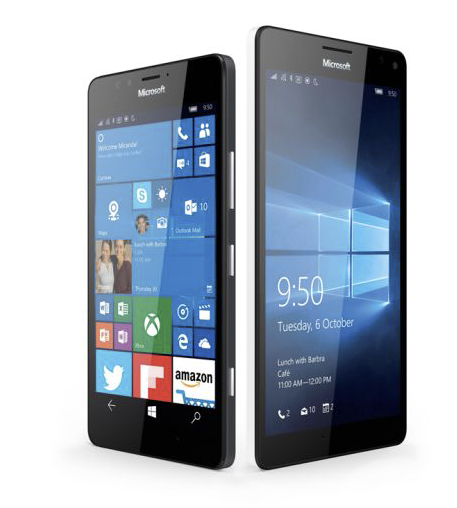 Sadly, both these operating systems have tiny market shares.

But the one concept they both share is a unification of content. A deliberate, systematic and well executed breaking down of the beautiful room syndrome. However, they didn’t go quite far enough. For example, in the case of Windows Phone, if I want to contact someone I still need to think about how I’m going to do it. Going into the ‘People Hub’ shows me people (rather than the tools to contact them), but is integrated only with the phone, SMS and email. What happens when the next trendy new communication app comes along and the People Hub isn’t updated to support the new app? Tantalizingly close, but still no cigar.

Now look further into the future. Microsoft’s Hololens will be released to developers outside of Microsoft very soon and we can expect an explosion in the inventiveness of the experiences created. The Hololens is a unique device in the sense that it leapfrogs the problem of beautiful rooms to augment your existing real-world beautiful rooms with that of the synthetic.

Holographic interface creators will the forced to take into account the ergonomics of your physical world and work harmoniously, contextually, thoughtfully and sparingly within it. Many digital experience designers working today should admit to the fact that they rarely take into account what their users were doing just before or just after their app. This forces their users into breaking their flow and adapting their behavior to match that expected by the app. As users, we’ve become pretty good at rapid task switching, but doing so takes attention an energy away from what’s really important – the real world.
Microsoft may be first one of the first to market with Hololens, but VR and AR hardware is coming fast from the likes of HTC, Steam, Facebook and Sony. Two dimensional interfaces are on the path to extinction, a singular event that can’t come quick enough.

So, here and now, what we need is a truly open platform. Agnostic of vendors and representing services by their fundamentally useful components. I want a way to easily swap out the service provider at any time. In fact, as the user, I don’t care. Make me not have to care. Expose me to the things that I want to do (be reminded of an event, send a picture to my Mum, look up a country’s flag) and then figure out how that’s done yourself. That’s the way around it should be. That’s the way around we should be thinking about when designing the experience of the future.